One story of cross-border love from our Afghan tutor, Sadiqa 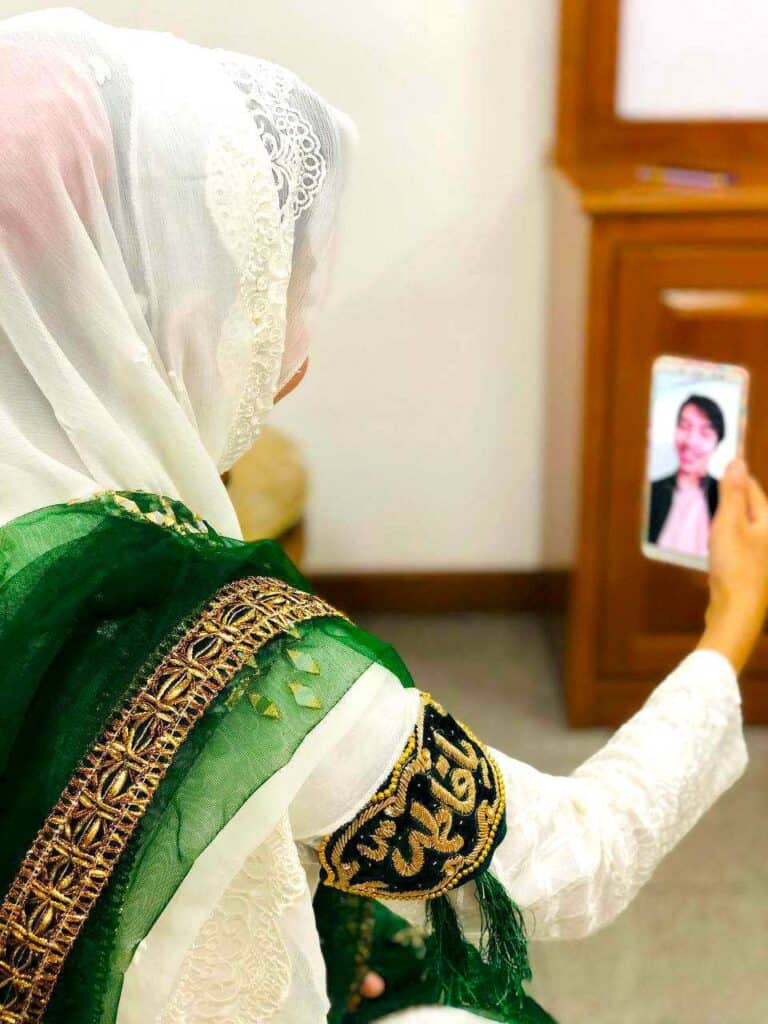 Since February is the month of love, we put out a call to our conversation partner community to tell us their stories of love and romance. Sadiqa, one of our tutors from Afghanistan, shared the story below

Sadiqa Sultani, one of NaTakallam’s Dari instructors, is originally from Afghanistan. She had moved to Quetta, Pakistan with her family when she was young to escape the Taliban rule, but soon after, they were forced to leave Pakistan due to persecution based on their ethnic and religious identities, rendering her double displaced.

Now living as a refugee in Bogor, Indonesia, Sadiqa is a volunteer teacher within the local refugee community. She tries to give her refugee students something meaningful to do as they wait out the resettlement process. She also teaches students on the other side of the world online through NaTakallam.

One morning in October 2018, Sadiqa saw she had received a message from a man named Naeem Royan, a long-lost classmate of hers from her days in Quetta. In his love letter, Naeem wrote that he had loved her since primary school and had searched for her for eight years.

At first, she didn’t believe him!

Sadiqa was waiting to go back to Pakistan, but she was still in Indonesia because of the slow resettlement process. She began chatting with Naeem online, getting to know each other after so many years apart and slowly falling in love…

When Naeem proposed, Sadiqa had a big decision to make.

Was he serious? Sadiqa wasn’t sure. She discussed the proposal with her parents. She spent more time talking to Naeem before making any decision, as she still didn’t know him very well. Naeem was trying very hard to make her feel his love and respect for her, never missing a single chance to express his feelings and thoughts.

However, there were many challenges in store for the two lovers. As Sadiqa could not go back to Pakistan, Naeem decided to come to Indonesia. Just as he was planning his trip, the coronavirus pandemic struck, and the world went on lockdown. By this time, Sadiqa and Naeem had been in a relationship for more than three years and were still unable to be together. Last month, they were Nikahfied (married) in an online ceremony.

They love each other dearly and unconditionally. These two lovers have been able to stand and be together through so many ups and downs. They are still searching for any possible way to start living together and bridge the forced divide between them, just praying and hoping to be together soon.