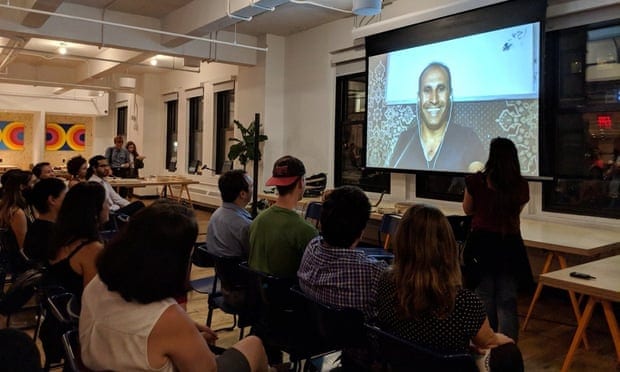 The Guardian@guardian
Read More
‘I just need a connection’: the refugees teaching languages across borders 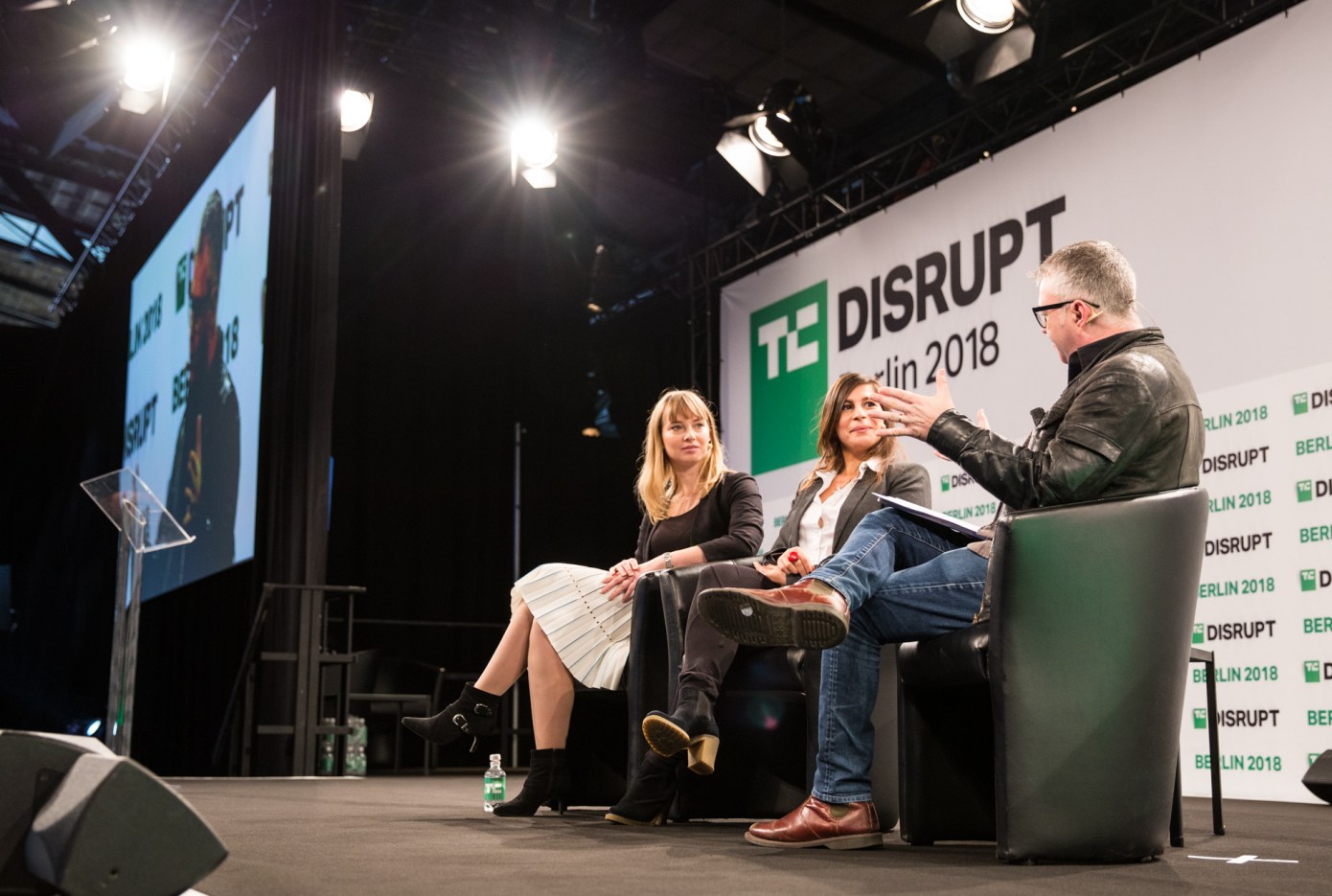 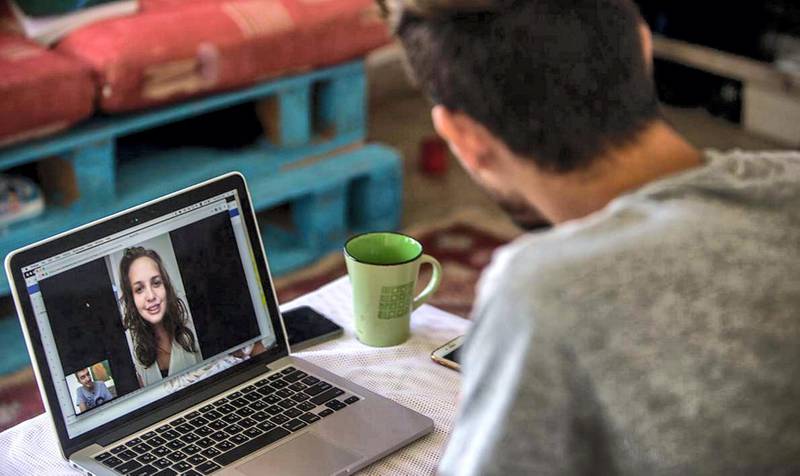 The National@TheNationalNews
Read More
Coronavirus: The refugees teaching languages to lockdown learners around the world 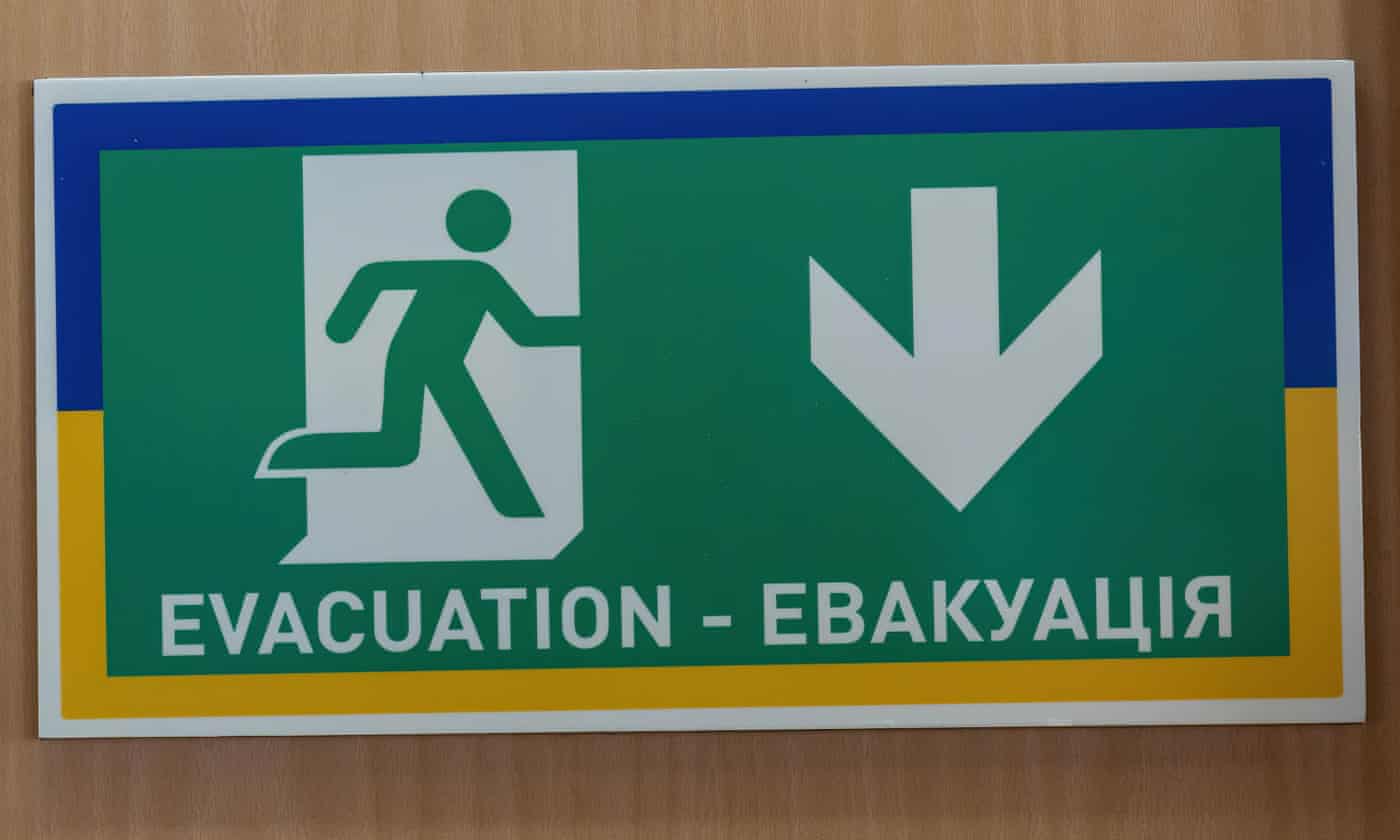 The Guardian@guardian
Read More
‘Ukrainian has become a symbol’: interest in language spikes amid Russia invasion 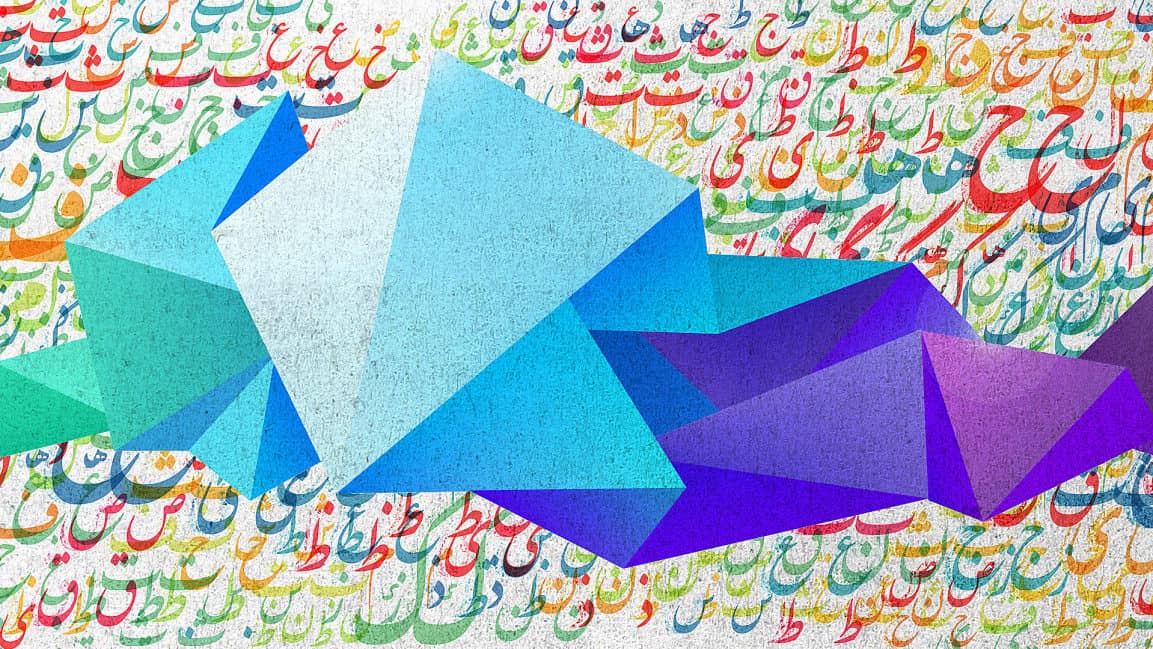 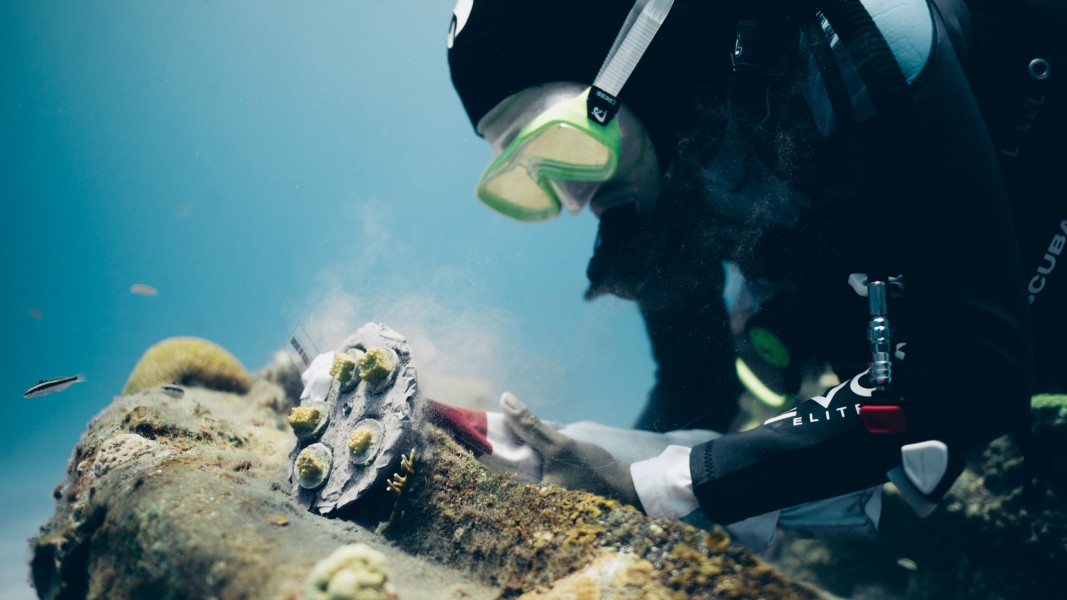 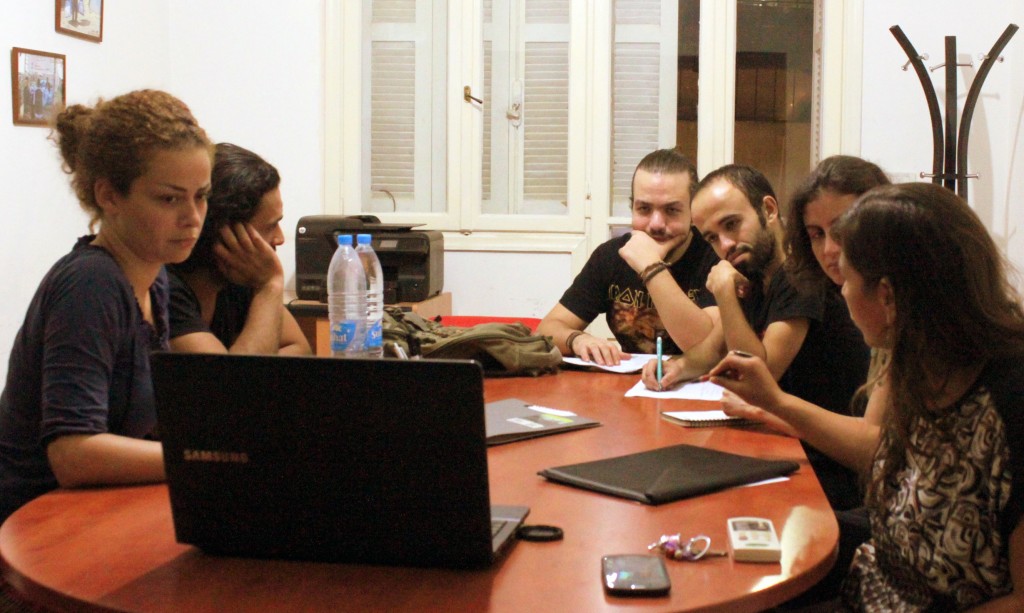 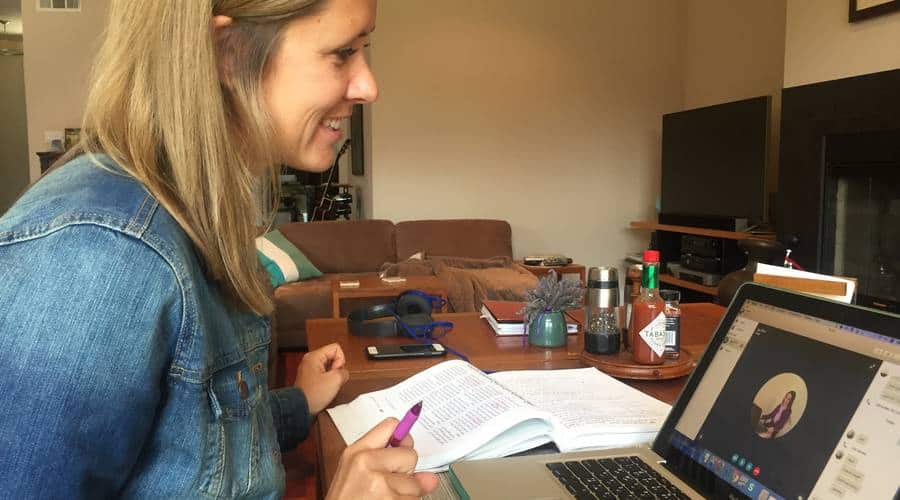 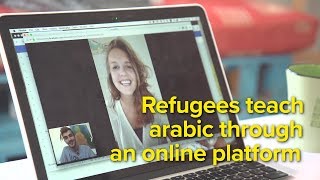 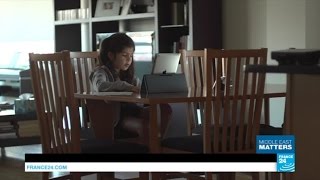 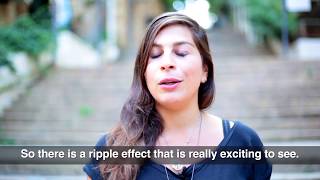 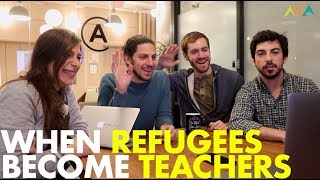 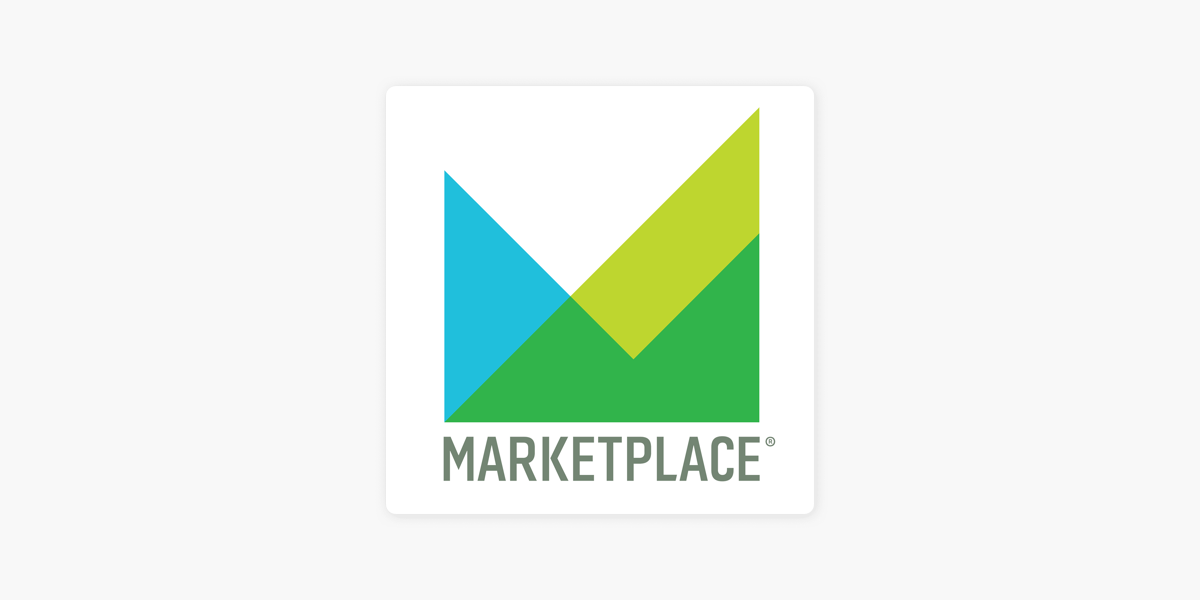 The 85%
Read More
The 85%: Learning Languages and Life Experiences from Refugees
Previous
Next

For media inquiries, please reach out to our PR department: [email protected]

“Purchasing something from a businesses that supports refugees or sells refugee-made goods sends benefits both ways. For the maker, it can help a person who has left their country behind to find a renewed sense of direction, using an old or newly acquired talent. And for the buyer it can be an introduction to an unfamiliar food or craft, offering welcome diversity in places where clothes and restaurants are mired in sameness.”

“Most of the refugees have fled the horrors of the Syrian war and are now displaced, many unable to find substantial work and cut off from their old life, said Sara.For many, her company is a lifeline to the outer world.” “I am living in a camp and it opened a window for me to speak to people around the world. I feel like I am travelling to different countries,” Khaled told the Thomson Reuters Foundation”

“Those on the front lines of the Syrian refugee crisis say finding work in new places will be a pivotal step forward for people who have uprooted their entire lives to escape a war that seems to have no end. Three graduates of Columbia’s School of International and Public Affairs — Aline Sara, Anthony Guerbidjian and Reza Rahnema — are trying to make that job hunt less daunting through a startup they call NaTakallam.”

“The most important part of this project is the communication between different cultures because there is a big rift between East and West — especially in Syria. I want to show the world that we, Syrians, are a wide range of people — artists, writers, sculptors, lawyers, engineers.”

“As the world faces one of the largest refugee crises in history, a growing number of initiatives are harnessing the talents and cultural heritage of refugees, which have the potential to enrich the lives of others.”

“In addition to benefitting Syrians in need of work, part of the appeal of NaTakallam is giving language learners a chance to interact in colloquially spoken Arabic — something often lacking in U.S. language courses teaching classical Arabic. “Frequently, people who study in the United States will go to Jordan, to Lebanon, and they’re speaking pretty much a Shakespearean version of Arabic,” Sara explained. “There’s an increase in demand for the spoken version of the language.”

“This initiative connects displaced refugees – many from Syria – with those learning Arabic around the world. By connecting displaced Arabic speakers with online Arabic learners, displaced individuals are able to generate income while providing others with education. By 2018, NaTakallam hopes to provide a sustainable income to 150 refugees through supporting at least 2,000 Arabic language learners.”

“Of NaTakallam’s current roster of 25 to 30 conversation partners, most are in Lebanon, where over one million Syrian refugees reside. The company partnered with the Beirut-based nonprofit Sawa for Development and Aid to find the first instructors in the region, then expanded to more refugee communities. There are an increasing number of NaTakallam teachers in France and Germany, and individuals in Turkey, Egypt, and Brazil.”

“For the refugees, NaTakallam offers a path toward the minimum wage or more–which is particularly significant for refugees in Lebanon, who are often not allowed to work. But when Sara sent a survey around the 55 refugees currently employed as “conversation partners” through NaTakallam in January, she learned that the most important aspect of the startup for them “is being connected to people around the world, making friends, and changing the often false and unfair narrative around what it means to be a refugee.”

“NaTakallam (“We Speak”) is a web service which helps Syrian refugees earn extra income — at times as much as the local minimum wage — by tutoring Arabic students. The project has won recognition and grants from social venture competitions.”

“The group started in Lebanon, which has the highest refugee concentration of any country. Over 1.5 million displaced Syrians currently live in Lebanon, a high percentage of whom are educated professionals, in need of work. Partnering with Sawa for Development and Aid to help recruit “Conversation Partners,” and just recently a Lebanese partner arcenciel, they now have 25+ Syrians teaching around 400 students around the globe every week via Skype.”

“A tiny fraction of those connected to the entrepreneurial community, is however, acting to mitigate the worst consequences of the crisis, be it on a small scale. Among them are the founders of NaTakallam, an online network connecting Syrian refugees with Arabic language students from around the world, which lets the refugees earn a small living in exchange for language lessons.”

“NaTakallam aims to provide an alternative to the exploitative labour conditions and high unemployment rates – or at the very least, a supplementary income – by offering fair wages and scheduling flexibility.”

“NaTakallam is a for-profit business, but the aim is to tackle social problems usually left to nonprofits. It’s one thing to give to an aid organization — to give food, to give money to the community, but you’re a passive recipient to aid. What NaTakallam does is we’re giving them jobs. [The refugees are] the ones who are helping the students. It’s flipped in that sense.”

“NaTakallam pays close attention to creating a good match between conversation partners. “We don’t want to become an automized platform,” Sara says. She and her co-founders seek out Arabic speakers with teaching backgrounds and then individually match them with conversation partners based on interests and experiences. For instance, they’ll team a journalist or human rights worker who wants to learn Arabic with an activist. “There’s a human touch and we’re very attached to it,” Sara says. “I think it adds to the experience.”

“In my hour with Hosam, we inevitably talked about Syria, why its peaceful upraising took the turn it did and what the world could do to help. Hosam told me he enjoys talking to people from many different countries and that he feels that part of his mission is to educate them about Syria, countering stereotypes that all Syrians are extremists or that they are all victims.”