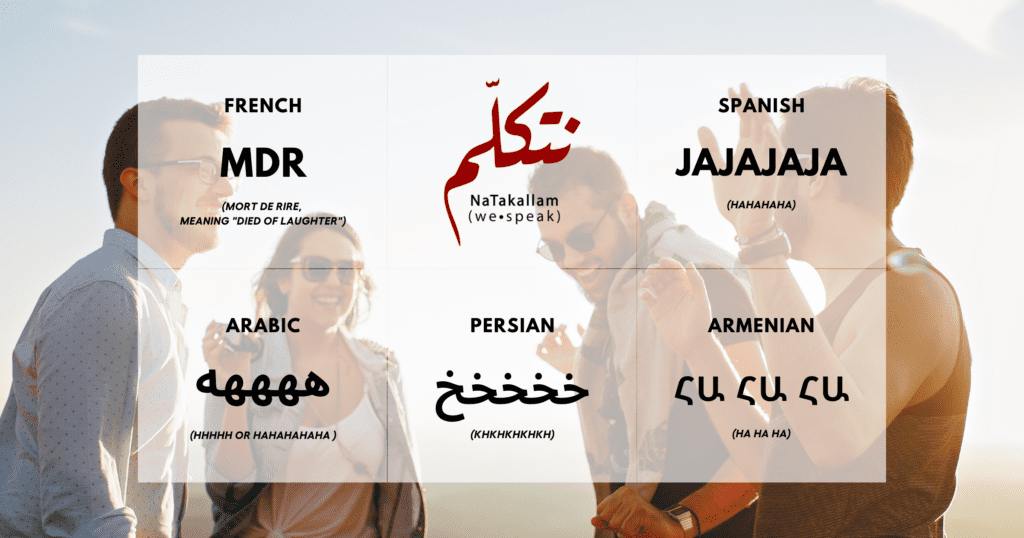 Laughter is a universal yet culturally-tinted phenomenon. It draws people together and has the power to stimulate physical, emotional, psychological and social changes. Ever wondered how people from different cultures conveyed laughter and humor? Join us as we explore laughter and humor in five different language-cultures!

Central to Persian popular humor is the figure of Mulla Nasruddin Khodja. Born in Seljuk Sultanate of Rum in the 13th century, Khodja was a philosopher and a wise man who imparted his wisdom through witty jokes and funny tales. A famous Khodja tale that Persian-speakers (and others) chuckled to over generations goes as follows:

Mulla had lost his ring in the living room. He searched for it for a while, but since he could not find it, he went out into the yard and began to look there. His wife, who saw what he was doing, asked: “Mulla, you lost your ring in the room, why are you looking for it in the yard?” Mulla stroked his beard and said: “The room is too dark and I can’t see very well. I came out to the courtyard to look for my ring because there is much more light out here”.

Like Mulla Nasruddin Khodja in the Persian-speaking world, Arabic-speaking countries too have a popular figure who effortlessly combines humor and wisdom. Known as Juha, Djoha, or Goha, this figure first appeared in Al-Jahiz’s 9th-century book “Saying on Mules” (القول في البغال). However, over the centuries, the character of Juha was merged with that of Mulla Nasruddin Khodja. Juha appears in thousands of tales, always witty, sometimes wise, and other times gently absurd – a butt of his own jokes.

In one story, a man sees Juha across a raging river. “How do I get across?” the man cries. “You are there already!” Juha shouts back.

In Spanish, laughter is expressed as jajajaja (hahahaha).

The Spanish sense of humor is well encapsulated in Cervantes’ Don Quixote, a mock epic which satirizes early modern obsession with noble knights, ridiculous quests and chivalric attitudes. Published in two parts, in 1605 and 1615, it is considered one of the founding works of western literature. Humor in Don Quixote is subtle but sharp. Cervantes sets his story as follows, before going on to describe the absurd adventures of his titular character:

(‘‘Somewhere in La Mancha, in a place whose name I do not care to remember, a gentleman lived not long ago, one of those who has a lance and ancient shield on a shelf and keeps a skinny nag and a greyhound for racing.’’)

Humor, in more recent times, has been used by Armenians as a form of resistance and empowerment. The famous Radio Yerevan jokes are an example. Popular in the 20th century, these jokes took a Question & Answer format, mimicking that of popular series on Armenian Radio.

When asked ‘‘Could an atomic bomb destroy our beloved town, Yerevan, with its splendid buildings and beautiful gardens?’’

In French, laughter is often expressed with the initials ‘mdr’ for mort de rire (dying of laughter) – equivalent to LOL in English.

French humor is celebrated in cartoonist André Franquin’s Gaston, a gag-a-day comic strip first published in 1957 in the comic strip Spirou. The series focuses on the everyday life of Gaston Lagaffe (meaning Gaston “the blunder”), a lazy and accident-prone office junior working at Spirou’s office in Brussels. It is much loved not only for its perfectly timed comedy, but also for its warm outlook on everyday life. 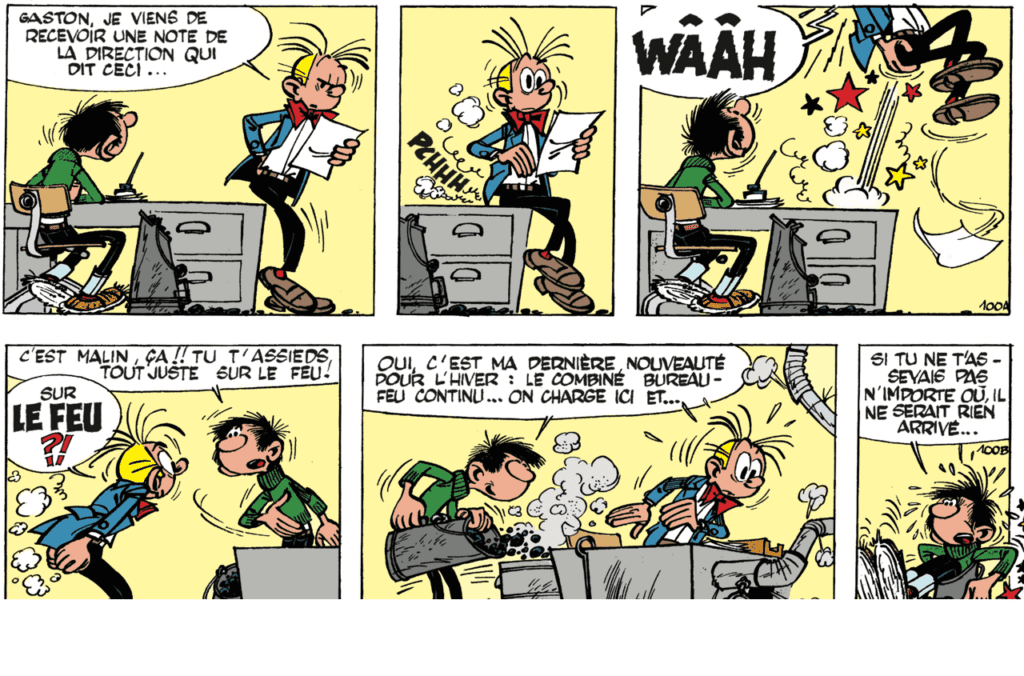 Explore humor and laughter in different languages this New Year with NaTakallam’s native language partners! Sign up for sessions here or spread the laughter (it’s contagious!) with a loved one by gifting a NaTakallam session here – an experience like no other. 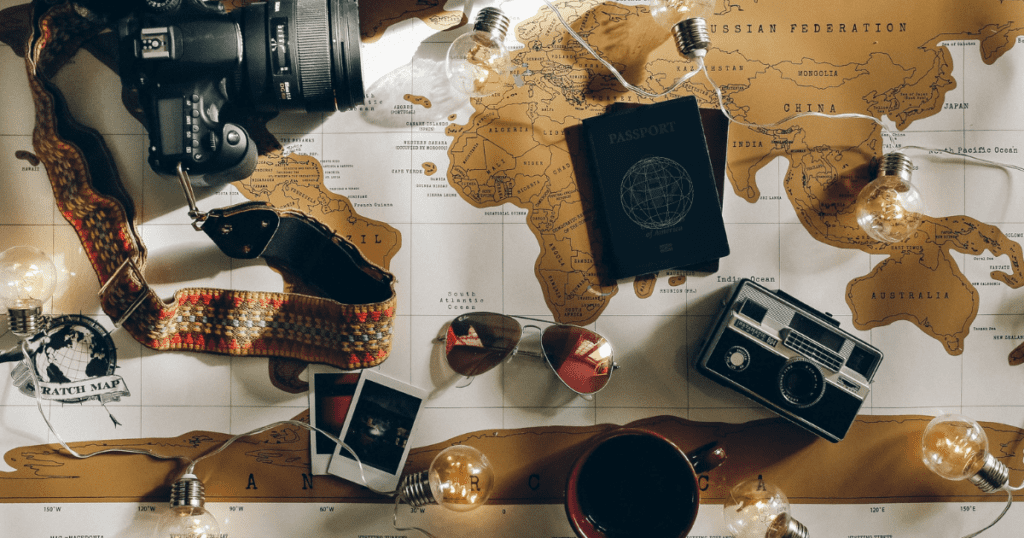 Want to introduce something new and transformative into your life this New Year? We recommend language learning! Picking up a new language, or brushing up an old rusty one, is the best way to (re)connect with yourself and with the world around you this new year.

Here are 10 reasons why learning a language would make a great new year resolution for 2022!

One of the most rewarding aspects of the human experience is our ability to connect with others. Being able to communicate with someone in their language is a vital and irreplaceable form of connection. Bilinguals have the unique opportunity to communicate and connect at a deeper level with a wider range of people in their personal and professional lives.

Language skills can provide a significant competitive edge that sets you apart from your monolingual peers. They are among the top eight skills required of all occupations – no matter your sector or skill level – and the demand for bilingual professionals is rising exponentially. As an added incentive, in many instances, language skills also lead to hiring bonuses and increased salaries. 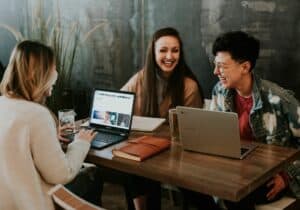 The cognitive benefits of learning languages are undeniable. Recent studies have demonstrated that people who speak more than one language have improved memory, problem-solving and critical-thinking skills, enhanced concentration, ability to multitask, and better listening skills. If that isn’t enough, as we age, being bilingual or multilingual also helps to delay mental ageing and cognitive decline.

4. DEEPEN YOUR CONNECTION TO OTHER CULTURES

Language provides a unique insight into cultures. Being able to communicate in another language exposes and thus fosters an understanding and appreciation for the traditions, religions, arts, and history of the people associated with that language. This, in turn, promotes greater tolerance, empathy, and acceptance of others. Studies show that children who have studied another language are more open – and express more positive attitudes – towards the culture associated with that language. 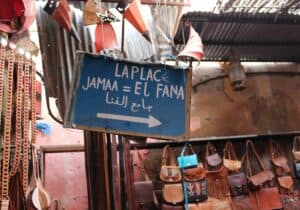 While monolingual travelers are capable of visiting the same places, travelers who know more than one language are more easily able to navigate outside the tourist bubble. They are able to connect and interact with the place and its people in a way that is often inaccessible to those without knowledge of the language. Learning a second language also opens up additional doors to opportunities for studying or working abroad.

In a world with more than 6,000 spoken languages, we sometimes require translation, but speaking at least one additional language empowers us to access information that would otherwise be off-limits. For example, individuals proficient in other languages are able to navigate the Internet as true global citizens – accessing and consuming media and entertainment without being restricted by language barriers.

Not only does learning a second language improve communication skills and multiply vocabulary in your first language, but research also shows that it makes picking up additional languages a much easier feat, especially among children. That’s because when you learn a new language, you develop new neural-pathways that are primed and ready when you embark on learning a third language.

Any language learner can attest to making his or her share of mistakes while discovering a new language – often in front of an audience. It’s a necessary part of the learning process! Learning a language means putting yourself out there and moving out of your comfort zone. The upside is the amazing sense of accomplishment you will feel when conversing with someone in their native language.

Studies show that decisions made in your second language are more reason-driven than those made in your native language. Contrary to popular assumptions, when we deliberate in a second or third language, we actually distance ourselves from the emotional responses and biases deeply associated with our mother tongue. The result? Systematic and clear-headed decisions based solely on facts. 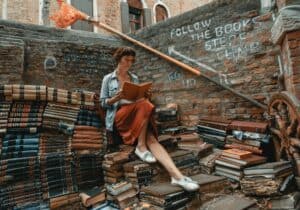 As we explore a new language and culture, we naturally draw comparisons to what is most familiar. Learning about another culture sheds light on aspects of our own culture – both positive and negative – which we may not have considered previously. This is likely to result in a greater appreciation for what one already  has, and/or provide an incentive to shake things up a little!

Find out more on how you can learn a language with one of our programs TODAY: natakallam.com