Refugees are Superheroes. Learn languages with them! 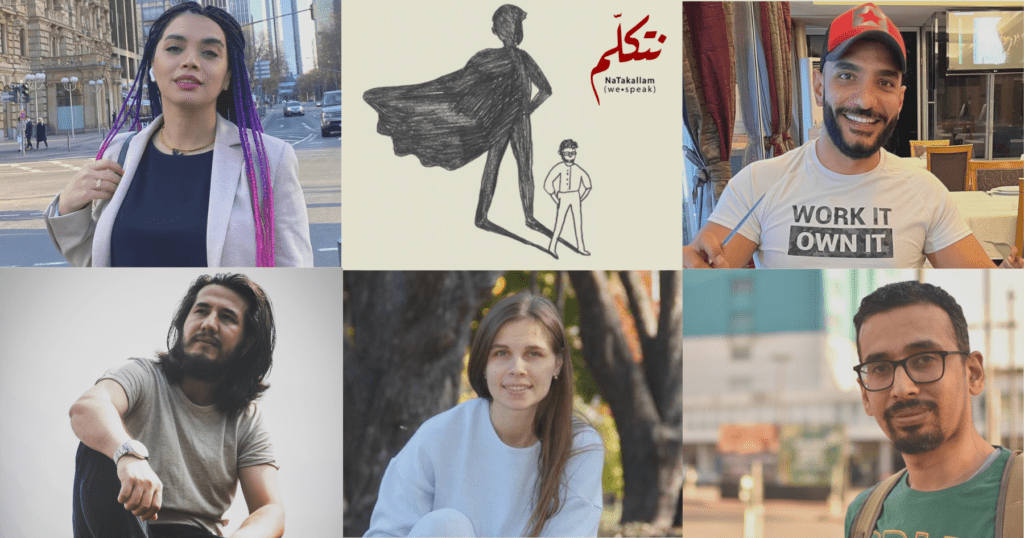 100 million displaced – we marked World Refugee Month in June with this record-high number estimated by UNHCR. That’s more than the populations of Australia, France, and Costa Rica combined.

In fact, if being displaced was a nationality, it would make up the 14th most populous country in the world. This month, Al Jazeera declared the fastest-growing refugee crises of our time since World War II.

But numbers tend to drown the stories and one’s capacity to fully grasp what such a figure means. When or if we do, we tend to feel overwhelmed and somewhat paralyzed.

This month, we’re going beyond just numbers: we are focusing on positive stories around displacement, of loss and challenges, of hope and a#SecondChance – and NaTakallam’s role in the making.

Through these stories, we hope to suggest practical ways of making an impact, notably through your choice of language learning or language services.

At NaTakallam, we see refugees as superheroes, and we want the whole world to learn from them. 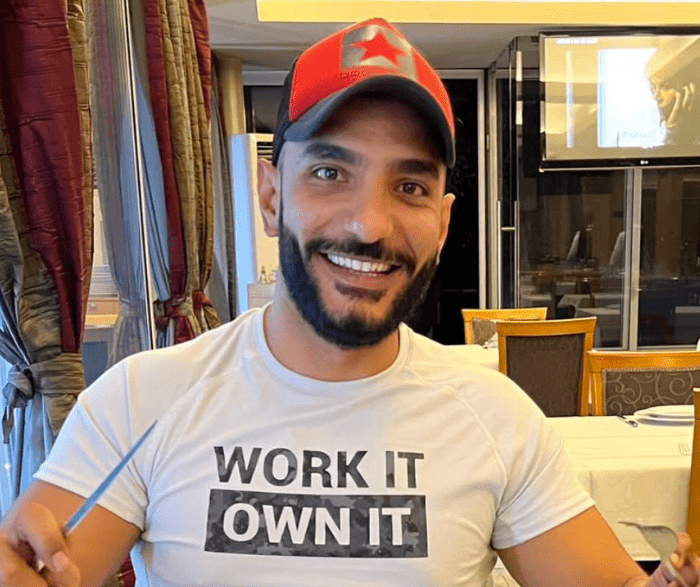 Hear his story: I’m originally from Damascus, Syria, where I managed a tourism company. Due to the conflict, I had to leave Syria in 2012, and I traveled through Lebanon, Turkey, Morocco, and finally, to Brazil.

In my seven years of teaching Arabic with NaTakallam, I’ve been able to make many friends from all over the world. I finally got my Brazilian citizenship last year and I was able to see my family again while attending a workshop with NaTakallam in Lebanon.

This year, I’m traveling to Turkey to meet one of my students in person, and get engaged to my fiancée whom I met through working with NaTakallam! I’m also going to Greece with a team from “Doctors without Borders” to help refugees in Lesbos.

NaTakallam gave me a chance to show the whole world that we can do so many things and that we are all human in the end. 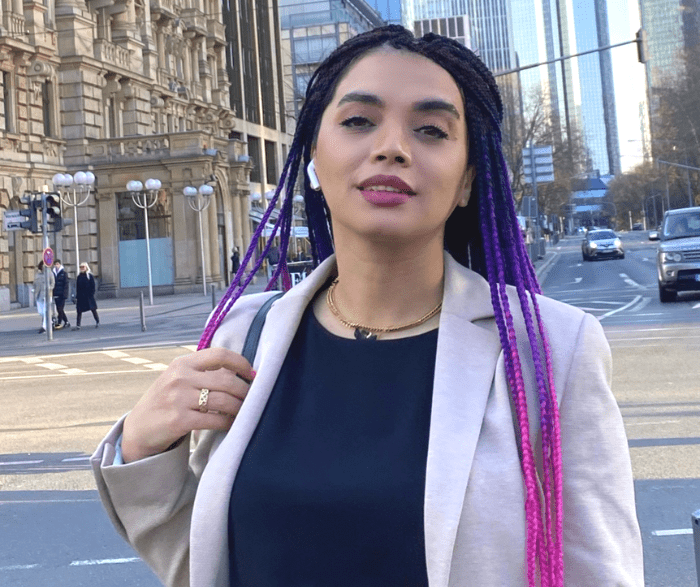 Hear her story: My husband and I were forced to flee Mashhad, Iran, in 2015 when he was arrested for DJing at mixed parties (both illegal in Iran), and faced a severe penalty. For three years, we lived in Greece, hopping from one refugee camp to another. My background is in computer science but during my time in Greece, I leveraged my love for performance to make some pocket money. I got the chance to work with visual artist Olga Stefatou on an art project that celebrates the individuality of female refugees and asylum seekers. But we sensed there was no real future ahead of us in Greece.

While we managed to get to Germany, we spent three more years living in six refugee camps in different cities, under-resourced shared apartments, and even a converted shipping container. It was extremely difficult and dehumanizing as we are not allowed to work or study, just waiting and hoping our status will change.

I began teaching Farsi through NaTakallam as a source of income. I’m really inspired by my students – their commitment to learning a new language motivates me to learn German, to be able to restart my life here soon. One of my students even traveled to Germany to visit me!

Today, my dream is to help other refugees as a social worker. Everyone deserves a second chance. 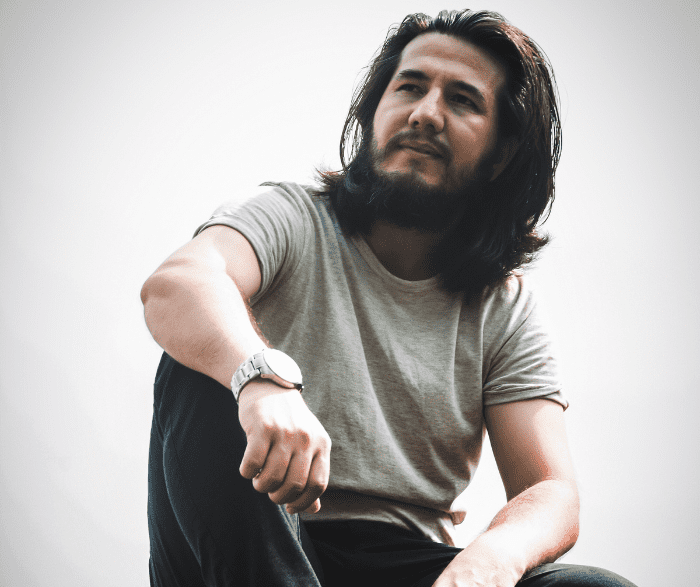 Hear his story: 34 years back, I was born in Afghanistan but I don’t want to say that I belong to a limited place or country. We all migrate to different places for various reasons and ways. I refugeed twice because of security issues. Once when I was child of 9, I fled to Iran, and later on to Indonesia, as a refugee in 2013.

I fled Afghanistan again because I studied French language and literature, worked with ISAF/ NATO and another French NGO for education, helping to build schools and create educational materials – which was criminalized under the Taliban.

I journeyed through India to Indonesia in 2013, only to be detained and behind bars for two years. Exactly like a prisoner, for the crime of being a refugee.

And there’s migrating too – the artistic way, this couldn’t have happened without NaTakallam. Working with this beautiful organization gives me the opportunity to migrate and virtually travel around the world, learn about new cultures, exchange ideas, and share the real experiences of refugees.

NaTakallam is a door of hope and dignity; a home where I can exhale the pains of being forced to leave family and dreams; currently in Indonesia, we are not allowed to work, access formal education, healthcare or travel within the country. 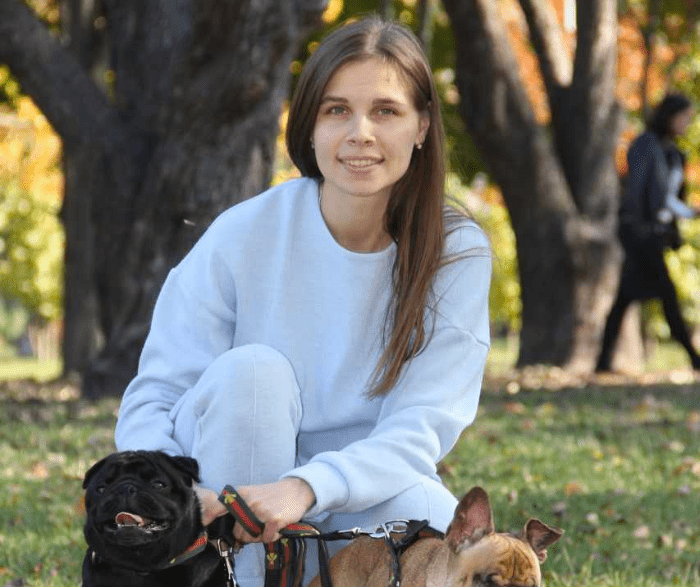 Hear her story: I lost all of the people I thought I had. I was born in independent sovereign Ukraine. I’ve always been Ukrainian even though I spoke Russian. Today’s Russia/Ukraine war really had its beginnings in 2014. My hometown Donetsk got seized, and some locals even welcomed and were eager to be part of Russia.

The war left me no choice but to escape to Kyiv. Now I remain here with some of my family members, trying to look forward to the future. The war left no safe place in my country. Every Ukrainian has been affected by it.

During these challenging times, NaTakallam has been a beacon of hope, with unconditional support since the day I met them. Working at NaTakallam has allowed me to provide for my family as well as reconnect with a part of myself I thought I had lost in the war. This is what helps me to move on with my life at the moment – the NaTakallam community, sympathetic students learning Ukrainian or Russian language.

I now look forward to seeing my country rise from its ashes again. With the help of the world, I know we can win. 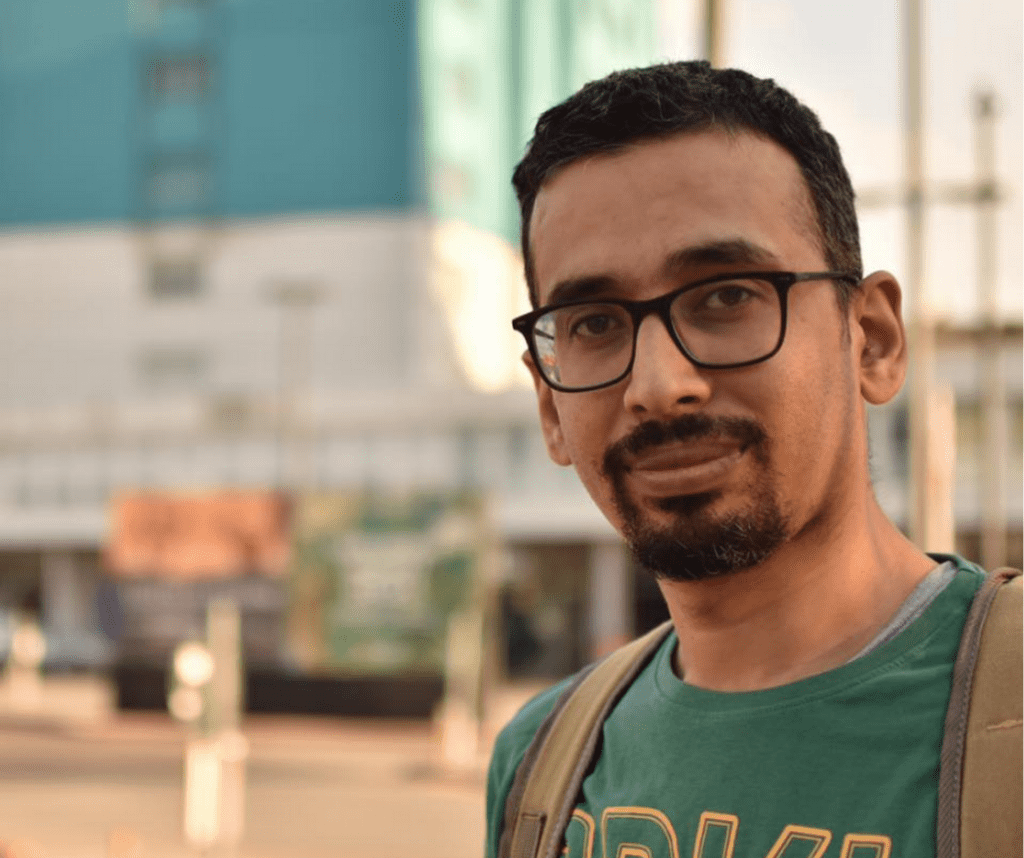 Hear his story: I’m originally from Hama, Syria. In 2013, I fled the Syrian army while I was recovering from a shrapnel injury. I did what seemed like the best option at the time and fled to Lebanon. But the Lebanese authorities told me to leave Lebanon within one week.

Then suddenly, someone comes along to help you work remotely, without any problems and without putting you at risk – someone who allows you to live in dignity without needing a grant from anyone.

This is what NaTakallam has done for me, and this is what every refugee needs, someone who believes in their ability and that they can make something instead of waiting for others. NaTakallam gave me an avenue through which I could earn a living – something that was almost impossible in my situation.

In 2016, my NaTakallam student-turned-friend connected me with an organization that helps resettle refugees in Italy. The organization allowed me to move and start a new life in Padua, Italy, where I am pursuing a bachelor’s degree in Political Science at the University of Padua. And last summer, I started a full-time job as a news editor!

To me, NaTakallam is like a window to the world. You just need a connection.

Refugees are mothers, fathers, sisters, brothers, children… and superheroes! This World Refugee Month and beyond, we hope that you consider choosing NaTakallam for your language needs. With 100+ million displaced, creative, tangible and sustainable ways to support refugees are critical.

Contribute to more #successstories and #secondchances for refugees, displaced persons, and conflict-affected individuals with NaTakallam by:

1. Signing up for your favourite language here,
2. Choosing us for your translation or interpretation needs here,
3. Bringing stories of our Language Partners to your community or workplace by hosting a Refugee Voices session …and joining the likes of Twitter, Meta, Ebay, and more!
4. Following us on Facebook, Twitter, Instagram, and Linkedin.
5. Creating impact through partnerships with us! Get in touch here. 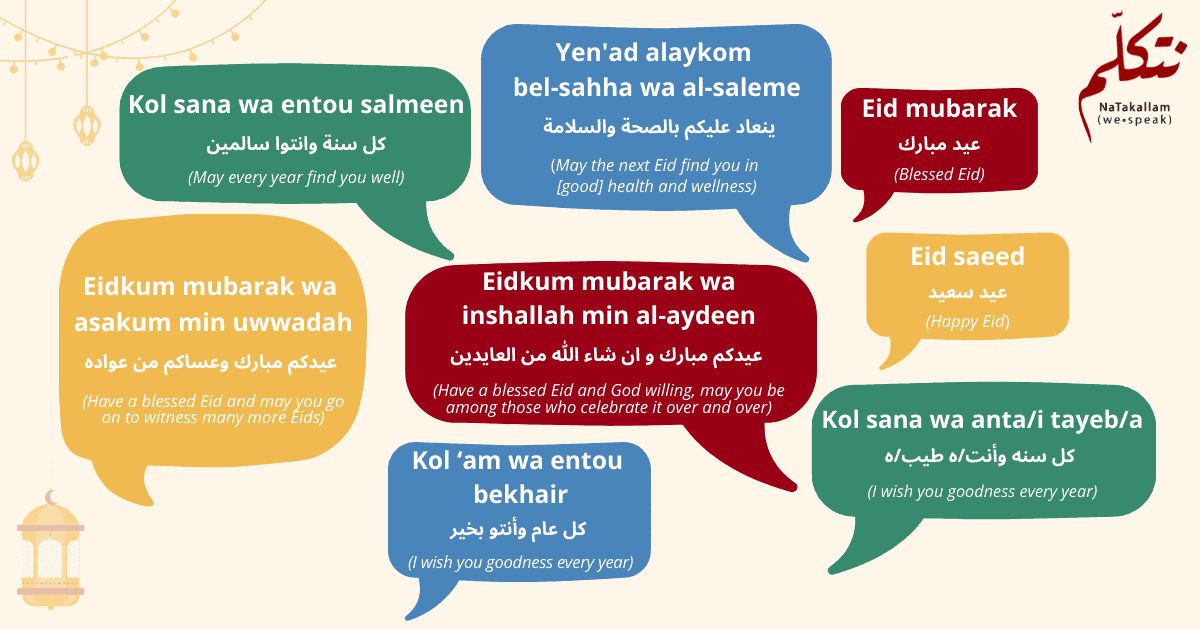 Updated: How to Wish Someone a Happy Eid in Arabic (Dialects Version) 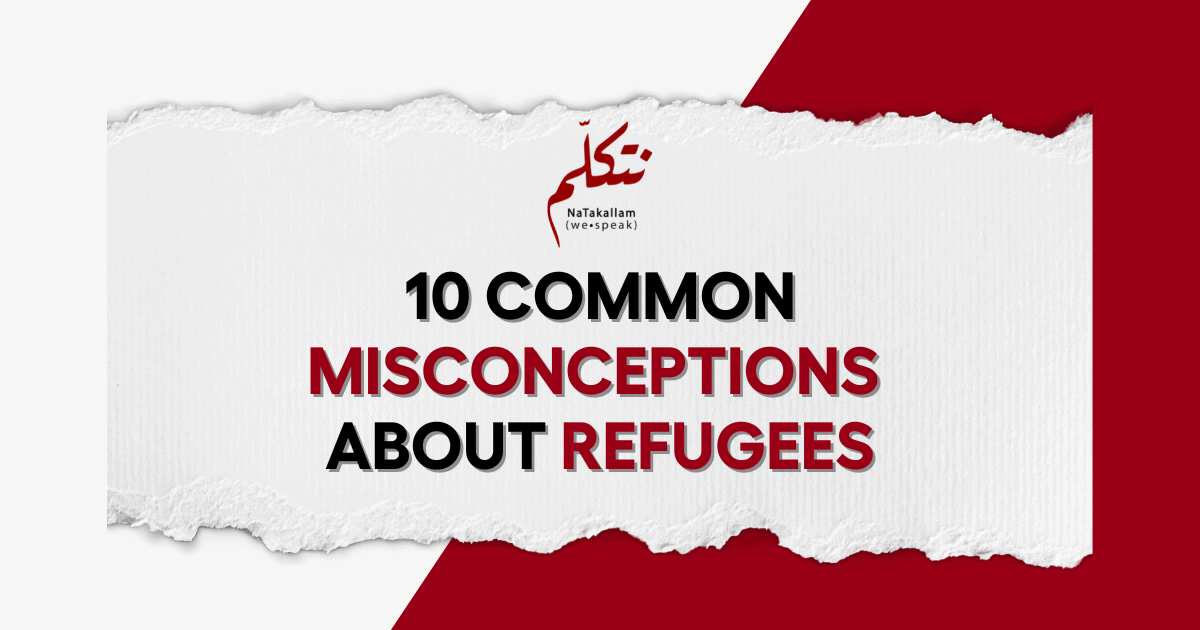 Reading Time: 7 minutes Myth 1: Most refugees restart their lives comfortably in new countries.Fact: Less than 1% of refugees are resettled into new countries.   Resettlement is still

Stay up to date
about your
favourite language